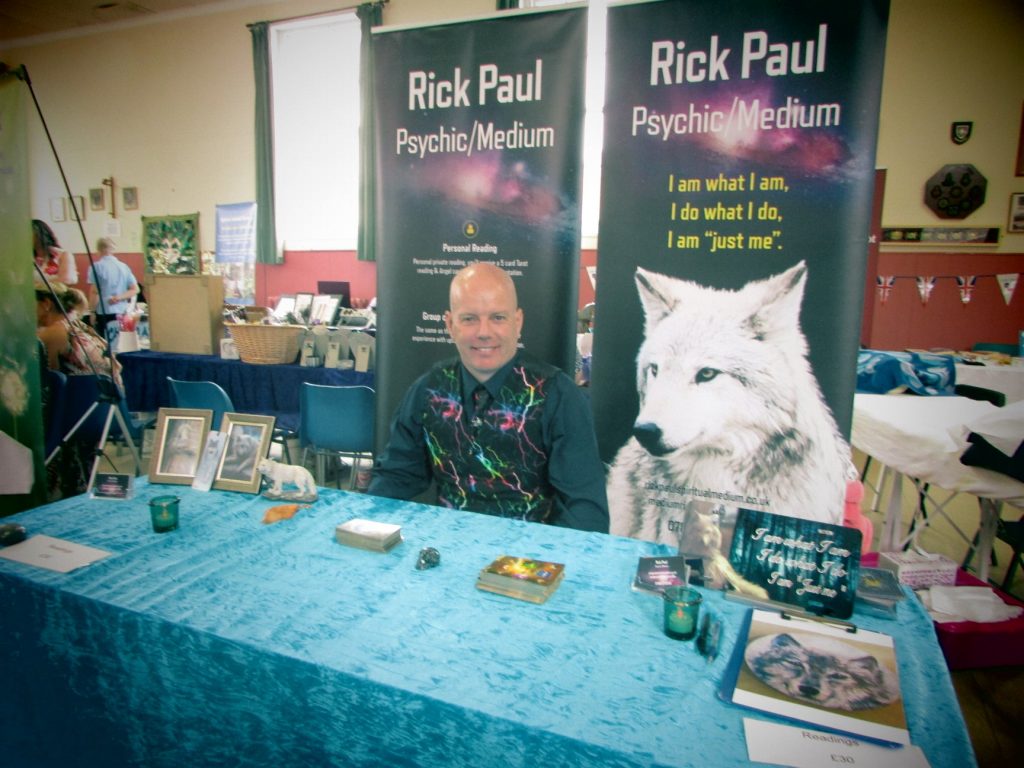 How my spiritual development started

I am a normal down to earth bloke. Over the years I have had more questions than answers on my life’s journey.From butchering to plastering,labouring to working in the prison service I have had quite a varied work life. In that time I have met a large range of diverse people who have all had their own beliefs. I used to deal with all these different people without considering why people act in the way they do. Everything with me was either black or white; no middle ground.
Towards the end of my time in the prison service something happened to me that really changed how I felt about life as a whole.

Like everybody else who works in a stressful job I had my worries and anxieties.As a result of this I ended up in hospital with a kidney stone. While I was in hospital I met a man who was to change my perspective on life. This chap was only in for a relatively minor procedure. We got talking and I found out he was suffering from terminal cancer. No doubt in his position it does change your perspective on life but I remember him saying,

“You never know how long you have in this world so don’t sweat the small stuff. It only hurts you not others when you stress and worry, so let it go!”

The next morning on returning from the bathroom, he collapsed and died in front of me. His death made our earlier conversation especially poignant. This had a profound effect on me.I knew that I had to make changes. First up was to leave the source of my stress behind. I left the prison service shortly after and I ended up labouring on a building site.It was here that I started to sense somebody who smoked I kept getting the smell of fag smoke around me. I have never smoked so this was indeed a strange phenomenon.

One day I was clearing an area on site ready for the next lot of materials coming in and I saw in the corner what appeared to be a person. Looking closer, it was my grandad or at least a vision of him complete with his traditional flat cap and cadging bag that I remember him with.

Now seeing someone who had died as clear as a bell is somewhat scary and I needed answers. Where do you start when you are stubborn and insensitive? Where do you go to to talk about this sort of thing? I ended up at a spiritual church. With like minded people a lot of my ideas began to unwind and take on different forms. I found myself opening up to the possibility that there were maybe other ways of thinking. Things didn’t necessarily fit into the black and white theory anymore.

Initially I went to church for the peaceful environment. Here I was made to feel very welcome.As I began to relax I started to fit in. I had a lot of questions and not a lot of answers. I decided to join the development circle. Initially I found the sessions at circle difficult, opening up to people I didn’t know made me feel a bit daft. There was nobody and I mean nobody who has felt as awkward as me discussing what I had seen and experienced.I felt it was like “spooky” counselling. Despite this my love for the work of mediums and psychics continued to grow alongside my curiosities to all things spiritual. I was even told that I had potential to do this sort of work for myself, I wasn’t convinced.

Now I am not a particularly religious person. I do believe in universal energy and I liked the peaceful environment the church gave.I carried on going to services. Over the next few months I had many
readings at the divine services. 99% of the people that read for me picked up on my grandad. He was becoming an ever present and it dawned on me he was there for a reason.He was there to guide me along this new pathway.About this time that I began to get the sense that there was something to what people were saying to me about my abilities. I now wanted to fully explore my own potential.

Having now attended a good few courses on development I feel that you never stop learning. I always look forward to new challenges and opportunities to grow spiritually.
Throughout my spiritual journey and development I have discovered a joy, love and deep sense of satisfaction in passing on information that a recipient can validate. I hope that this also proves their loved ones are still around. This can bring a great sense of peace and comfort to the individual. It is always an honour and a privilege to work for spirit. It is my hope that any work I do for people brings them as much joy as it does for me doing the readings.

Events will be posted once the current Covid restrictions have been lifted.

Had an hour guidance/NLP reading with the wonderful Rick the waistcoat man. Thank you Rick this reading and guidance was very much needed.

I really like The way Rick had been tuning in to me even before we had started the call.Rick is very intuitive, his approach is direct and he says what he sees but he is kind with it. Drawing from his own life experiences and using little stories Rick gave me guidance and helped me connect to myself, gently getting me to see me for myself and see a way forward.

I have just had a wonderful reading from Rick.. He was lovely and kind, There was no falseness and was direct to the point. He was spot on when spirit came through and delivered messages beautifully. This is something I needed at this time and I was left with a sense of ease that everything will be OK. Thank you so very much x

Thank you Rick for a wonderful reading today, your kindness, humour and down to earth guidance has really helped me to see things more clearly. I highly recommend you to anyone feeling confused or needing a little help along the way.
With much love,
Jane

I felt drawn to Rick after seeing some Facebook posts that resonated with me. I felt I needed some guidance as although I am very grateful for what I have in my life and have recently found strategies how to cope with more and more workload and challenges I felt an anxiety growing within me. I haven’t been sleeping well, having tension headaches and have noticed a negative pattern emerging in romantic relationships. Then a car crash on Monday has forced me to rest and reflect and was wonderi… END_OF_DOCUMENT_TOKEN_TO_BE_REPLACED

I would highly recommend Rick Paul for whatever you go to him for with the gifts/tools he has been blessed with 100%.
Thank you Rick for your wisdom, using all your gifts/skills /toolbox you have been blessed with not just your mediumship skills on me this morning.
Thank you also for your no nonsense, caring, dignified, sensitive, honest,healing, straight spiritual guidance, reading thrown in with a dash of humour from spirit and yourself.
This was invaluable whilst most reassuringly appreci… END_OF_DOCUMENT_TOKEN_TO_BE_REPLACED

Thank you for a fabulous insightful reading this morning Rick Paul…not only did I resonate with what you told me but had a few ha ha moments too…helping me on my mediumship journey.
Much appreciated Rick…watch this space

Thank you Rick for your professional incredible amazing reading. Your caring no nonsense reading was just what I needed.
I highly recommend your unique approach.
Much gratitude
Warm wishes
Sarah

Highly recommend Rick. His honest no nonsense approach is refreshing. Helping me to take a fresh look at what is needed and encouraging me to use my gifts in an authentic way. Supportive and helpful in a genuine way. Thank you so much Rick. See you on your lives.

I would highly recommend Rick Paul to anyone needing guidance in their life. His honesty, straight talking spirituality is unquestionable.
He connected with me in a way that I didn’t think possible, enabling me to feel and understand my inner person and issues I couldn’t find myself.
Thank you so very much Rick!